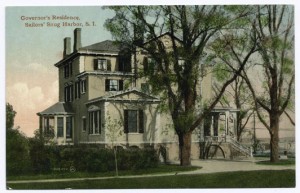 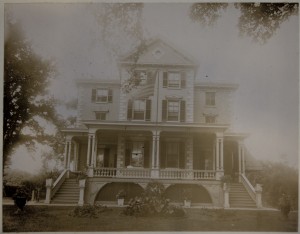 Even though Governor Melville was known for instilling fear in Snug Harbor residents through a series of stringent temperance policies and strict punishments, he was rather generous to his family.  The original Governor’s Mansion seen in the pictures above was occupied by Governor Melville and members of the Melville family.  His unmarried sister, mother, and wife all lived with him in the Governor’s Mansion and admired him greatly.  Governor Melville’s brother, the notable American novelist Herman Melville, loved to visit his family at Snug Harbor.   Herman Melville’s visits to Snug Harbor were confirmed by a letter to a friend in 1877 that stated “Last evening I went down to the Island an anchored for the night in the Snug Harbor.” 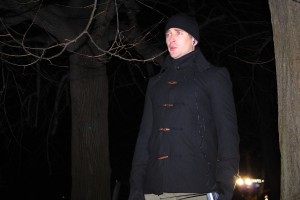 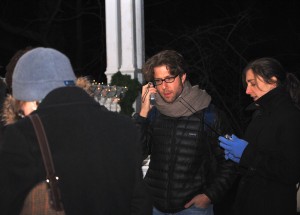 In December of 2012, Snug Harbor partnered with Make Music New York for the first time to present the Winter Solstice Festival 2012.  Baritone Christopher Dylan Herbert presented a new realization of Franz Schubert’s 1828 song cycle Winterreise at Snug Harbor.  Starting at the Governor’s Mansion, the performance migrated throughout the campus to outdoor locations that reflected the vivid imagery for Wilhelm Muller’s poetry and Schubert’s music.  Audience members provided accompaniment through hand-held radios, emitting the original piano music as performed by Timothy Lang and reimagined by sound designer Jonathan Zalben.  The production was directed by JJ Hudson with German-to-English supertitles created by students from Parsons The New School for Design.