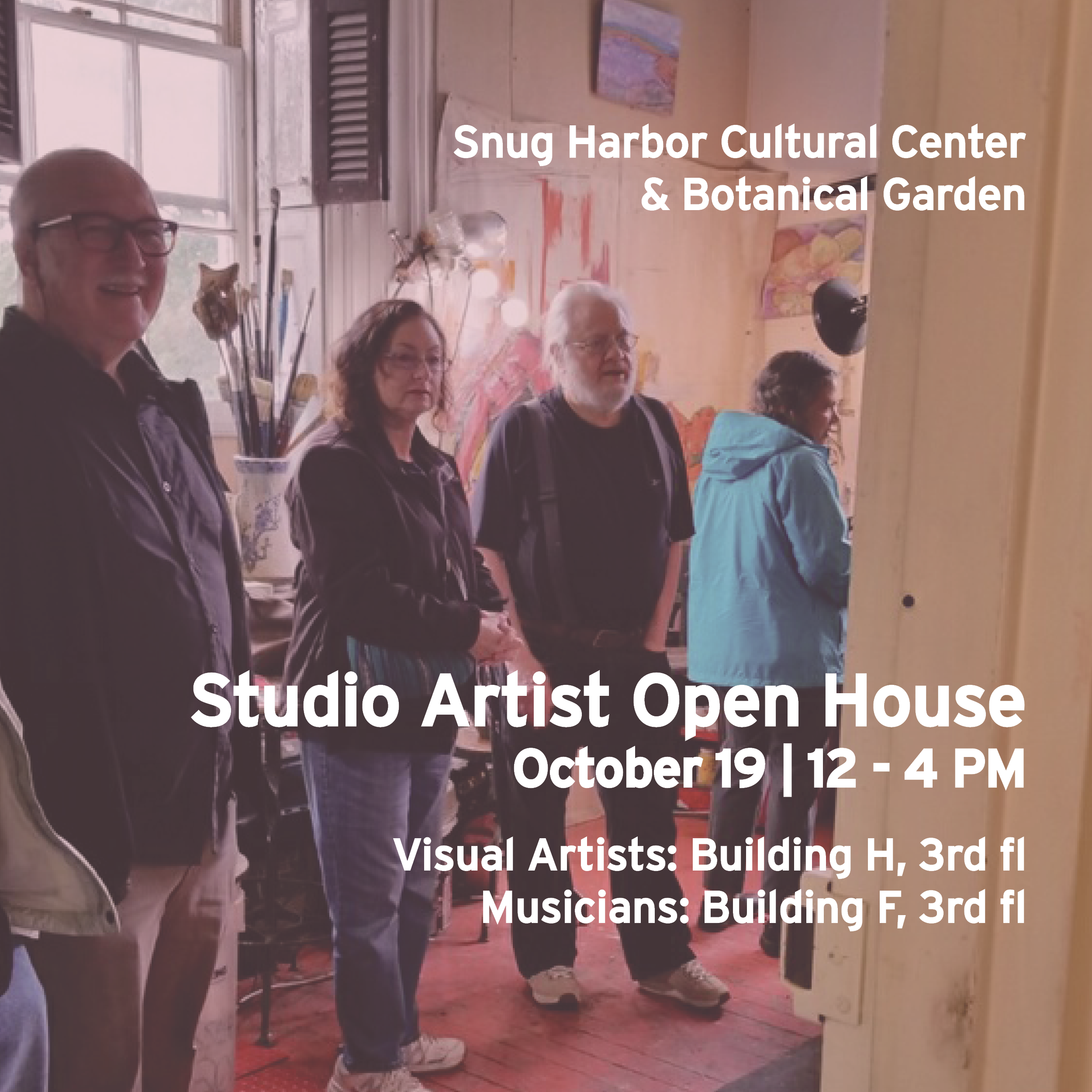 In celebration of Open House New York, Snug Harbor is excited to open up the Governor’s House and host an Studio Artist Open House–two spaces with very limited public access during the rest of the year.

Snug Harbor’s studio artists work across a diverse range of styles and media, including painting, mixed media, photography, ceramics, performance art, and all genres of music.

BONUS: From 12:00 PM – 2:00 PM, Snug Harbor studio musician Rich Peare will be playing his guitar outside on Chapel Road under the Marvel Dome.  After that, he’ll move his performance to his studio in Building F.

time, Thomas Melville, brother to Moby Dick author Herman Melville, lived in the home, spending time with the residents of the grounds and, perhaps, finding a bit of inspiration. The Italianate architectural style prevalent throughout much of the 19th century can be spied in its long windows, bracketed eaves, and simple porches.  The original governor’s house, which no longer stands, was on the northwest corner of the property and was twice the size of this house.