Join us for a screening and fundraiser with native Staten Island filmmaker Gerald K. Barclay for his latest productions: The Sixteen: An Opioid Addiction Story & Fatima’s Revenge.

The Sixteen is an independent film project which tackles the opioid addiction epidemic. The Sixteen tells the story of sixteen-year-old Gianna and her friends, a group of high-achieving, healthy, vivacious teenagers who innocently dabble in the use of opioid pills, ultimately leading them to the dark underworld of heroin/fentanyl addiction. Each teen’s path leads to devastating consequences in which lives and families are destroyed. Our mission is to use the film to raise awareness and help with the prevention of opioid use by featuring an intense, raw, realistic view of what this type of addiction looks like in action. 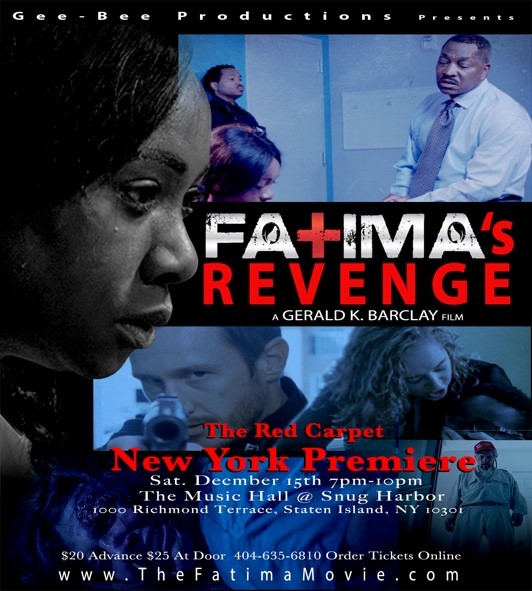 Fatima’s Revenge tells the story of Fatima Kollie, an undocumented West African home health aid. On her day off, she plans to celebrate her son’s birthday. Unfortunately, she is called in to cover for another worker. Upon arrival, Fatima discovers that the patient is an ailing Trump supporter. What ensues is pure chaos.