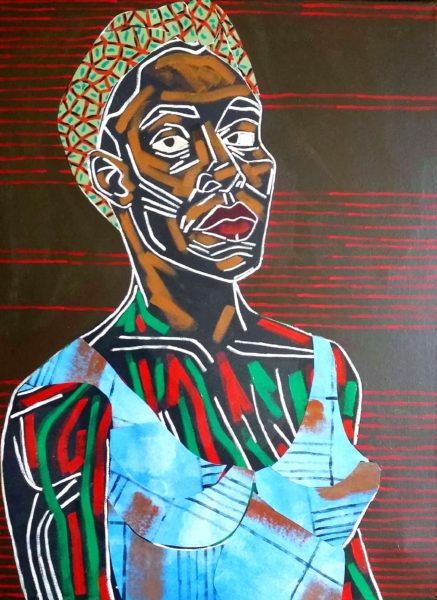 Ify Chiejina makes paintings, drawings, and mixed media work that represent her interests in understanding the culture, and people of Nigerian and African descent. She does so while capturing the relationship between a person(s) and the physical space in nature that surrounds them. She also deals with the notion of both physical and or emotional space separately.

Taylor McMahon is a fiber artist. Her current work focuses on examining friendships and the ways in which we define and represent these bonds. How visual and palpable representations of affection grow up with us or are forgotten as we are forced to negotiate adulthood. Her recent works utilize mainly children’s craft materials such as lanyard, model magic clay and pipe cleaners.

THE COMMONS GALLERIES: THROUGH THE EYES OF A VETERAN

Featuring the artwork of United States Veterans, this exhibit will include a range of mediums from painting to photography. This exhibit is made possible through the United States Department of Veterans Affairs.

Free admission for the reception. General Admission into the Newhouse Center for Contemporary Art is $5 ($4 students/seniors).