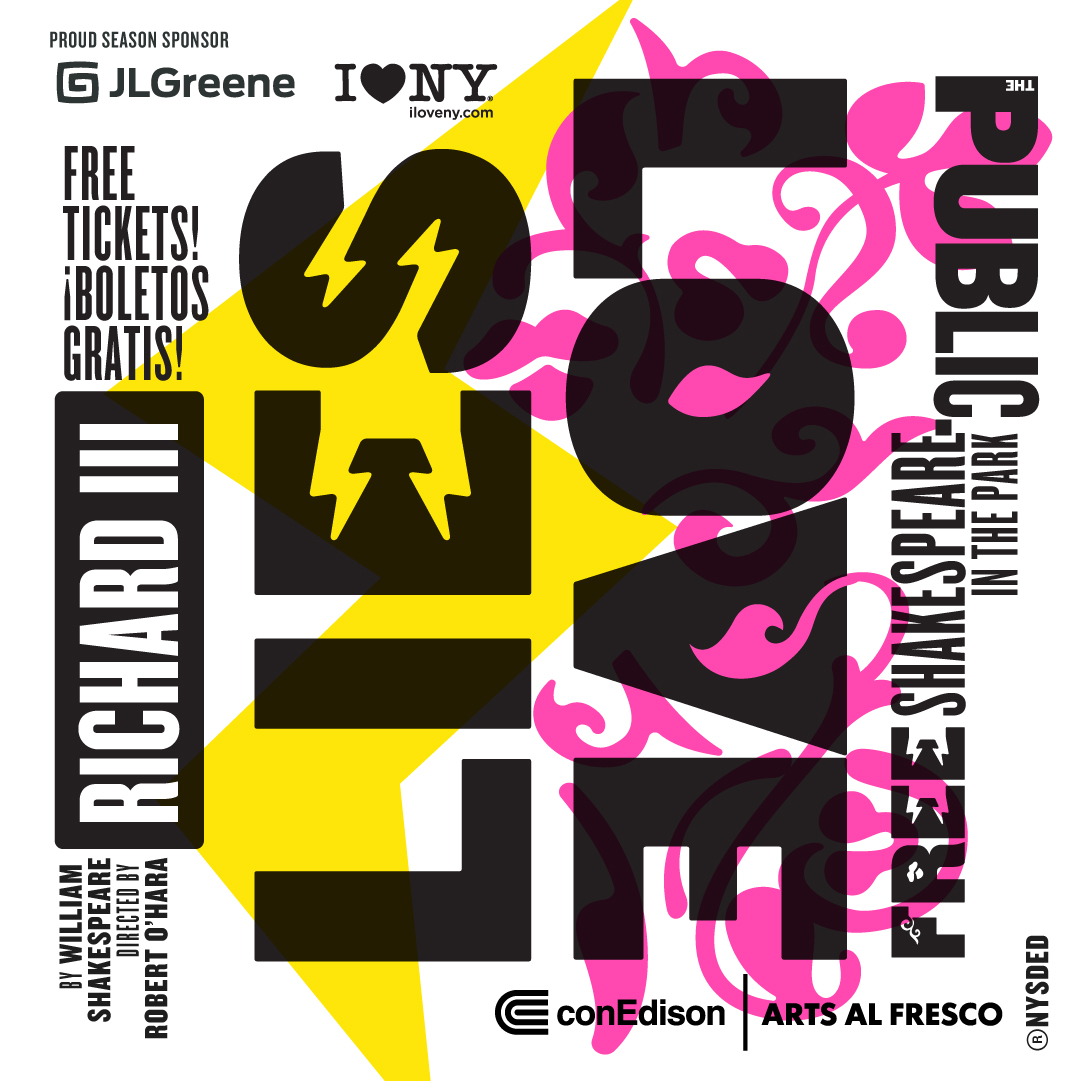 Get your tickets to Free Shakespeare in the Park at The Delacorte Theater in Central Park! We are excited to the welcome The Public Theater back to Snug Harbor for this in-person borough ticket distribution. Same day tickets will be distributed for Richard III beginning at 12 PM.

WHERE: Porch of Cottage A

Tony Award nominee Robert O’Hara (Slave Play, The Public’s Barbecue) brings his sharp wit and story-telling genius to The Delacorte with a bold new production of RICHARD III. One of Shakespeare’s most indelible villains, Richard is determined to be King. Following his lust for power and the throne, he manipulates, kidnaps, and kills all who stand between him and his throne, using brilliant words and dark charm to conceal his dismantling of government and justice. This masterful dive into the muddy middle between political genius and violent power grab will open Free Shakespeare in the Park’s 60th Season with piercing relevancy and electrifying drama.